The ads are all over TV and magazines – if you have heartburn, you should take one of the acid-reducing medications that are out there, preferably for the rest of your life. It’s true, acid reflux is dangerous and it is vital to stop it before it does permanent damage.

However, turning off the acid in your stomach, whether it’s with a purple pill, antacid, or acid-suppressing Chinese herb will lead to a myriad of other issues. Popping pills also does not address the root of the problem. As OM practitioners, we are about restoring function to the body, and yet many practitioners simply try to neutralize the acid, which is only a symptom of the root problem. 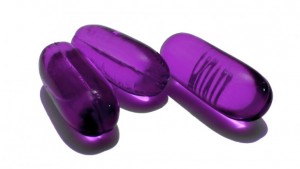 Most of us treat people with acid reflux, sour stomachs, gas and bloating and many other digestive symptoms. And yet, most of them are suffering not from too much stomach acid, but from not enough.

Not enough? How can that be?

The function of your stomach acid is to digest protein. When someone has their stomach acid “turned off,” they can’t digest well (more on what turns off stomach acid in a moment). When someone eats a piece of chicken, it lands in the stomach, and needs hydrochloric acid to break it down. When there isn’t enough hydrochloric acid, the protein sits in the stomach and starts to putrefy, creating acid and gases. The person might have some symptoms — a sour stomach, belching, or even acid reflux. But, this all happened because they initially didn’t have enough acid to digest properly.

If you have good amounts of stomach acid, it closes the upper sphincter of the stomach when you eat to prevent that good acid from going up into the esophagus. And, it also opens the lower sphincter to empty your stomach after the food has been digested. But if you don’t have enough acid, not only can you not digest the protein, but the upper sphincter doesn’t close tightly enough, causing acid reflux and potential damage to the esophagus. Low stomach acid also causes the lower stomach sphincter to stay closed, which leads to the Spleen qi symptom of “fullness after eating.” It’s not the normal feeling of being full after eating, it’s being overly full, because the stomach doesn’t empty properly.

People need good acidity to absorb minerals like calcium, iron, magnesium, copper, zinc etc. There are schools of thought that think that not-low-enough stomach pH is the root of many health problems, and considering that magnesium, for example, is used in literally hundreds of enzyme reactions, this is probably not far from the truth. People with poor stomach acid also cannot absorb Vitamins C, K, and the B complex vitamins. Think of all the people taking calcium, the majority of them are unable to absorb them, especially because stomach acid production declines as you age.

Did you know that the pH of your stomach, when it’s healthy, is between 1 and 2? There’s a reason it’s that low. Your stomach is at the start of a line of defense of your immune system. You know all those people with sinus infections and post-nasal drip? That infected material drips down into the stomach, where, if the person has good acidity, it kills off any bacteria. Or what about bacteria in foods? Or possibly parasites? Again, good acidity can help kill off anything that might cause food poisoning or infestations of any kind.

There is also the bacteria of your gut — it’s not a mistake that they’re called “acidophilus.” Those bacteria want to live in an acidic environment. When our gut is not acidic enough, it is nearly a waste to take the probiotics that so many people are ingesting because they don’t have the acidic environment required to survive. And, not having an acidic-enough environment allows detrimental bacteria like Candida to survive and flourish. Cutting out sugars, and yeast, etc. is not enough to treat Candida — the digestive track has to become acidic enough to kill off the detrimental bacteria as well as provide an environment for the correct flora.

Gas (without smell) and bloating are classic symptoms of more sugars and carbs than your body can digest, causing gas and gut flora to ferment it for you. Spleen qi deficiency, or weak digestion, is not a cause, but instead the result of poorly balanced gut flora — the root cause, again, being poor acidity.

Have you ever wondered why some people have gas with smell? That particular problem is almost always from an inability to digest protein, the primary function of the stomach acid. If someone doesn’t have good stomach acid and they eat protein, the protein doesn’t digest well in the stomach, and then ferments all the way down the digest track, causing foul-smelling gas as the end result.

The entire digestive track is orchestrated by good stomach acid. If there isn’t enough, the gall bladder doesn’t get triggered properly to function, and the pancreatic enzymes aren’t released for digestion. So, knowing the vital functions of stomach acid, it seems absolutely insane to take antacids or proton-pump inhibitors, doesn’t it?

So, how does the stomach acid get turned off? And what can be done about it? The main reasons that stomach acid gets turned off is from stress — stress from high carb intake (high sugar levels are enormously stressful for the body), mental stress (Wood overacting on Earth, causing qi stagnation), physical stresses like excessive exercise, or physical stresses like inflammation, infections, anemia, or food intolerances. People who have had gastric bypass surgeries will often have the acid-producing part of their stomach removed. We’d estimate that a minimum of 90 percent of the people we see in the clinic have reduced stomach acid. So what do these patients look like?

They’re people with blood sugar issues (that’s nearly everyone), with Spleen qi deficiency symptoms of gas (especially gas with smell), bloating, “fullness,” or with stomach Fire symptoms of acidity or sour stomach, or acid reflux. People with constipation or with a loss of appetite for meat – that is a classic sign of low stomach acid. Also people who don’t eat meat because it “doesn’t digest well.” Older people lose some of their ability to produce stomach acid, often when they need it most — to digest protein to keep muscle mass, and for vitamins and minerals. Consider someone’s age, as well as their symptoms when evaluating them.

Now, most people simply need supplementation of digestible HCl, known as betaine hydrochloride, for three to six months to restore proper acidity to the stomach and eliminate the symptoms they’re having. Some herbs for stomach Fire are antacid herbs. Understandable, since the practitioner would like to put the fire out. But again, the root cause is that there’s not enough stomach acid, so you will want to add in some betaine hydrochloride.

A very small percentage of people will have some stomach lining damage, in which case you’d want to heal the stomach lining first. Mucilaginous vegetables like okra are especially effective for that. The stomach lining heals quite quickly, so after 10 days of eating okra or taking okra pills, you can add in the betaine hydrochloride with each meal. Make sure that it’s taken with or right after a meal.

Apple cider vinegar is a popular home remedy for low stomach acid, but it’s quite weak. It will help a little, but you might consider supplementation, because if the person is continuing to stress their body, the apple cider vinegar might not be enough, and considering how much we need good acid, it might be worthwhile to supplement.

You might also want to limit how much water is consumed at a meal. We get served these huge glasses of water and are told to drink large amounts of water during the day, but water will dilute the action of stomach acid, and reduce it’s effectiveness. Some water is OK, but it’s best to drink between meals, and of course, avoid ice water.

If you evaluate yourself, you may see that you, too, are subjected to many of the same causes of low stomach acid that our patients are. And it’s not just a matter of fixing the problem once and thinking you’re done. Train your patients (and yourself!) to pay attention to symptoms, and to add the betaine hydrochloride back in if they start having problems. Or anytime you (or they) have a large meal, or when you travel, take it just as a precaution, or in periods of high stress.

You will be amazed at how quickly those acid reflux, sour stomach, and gas problems will be resolved and allow you to keep a lifetime of purple pills away.